Bray School Project N.S.
Welcome to the 6th class 2022/2023 web page.
Here are some of the things we have been up to in the first term: 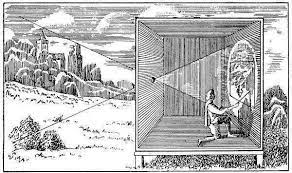 This lead us to investigate how artists at that time used a camera obscuras to create very real looking paintings. The word Camera obscura is Latin for 'dark chamber'. They were large light proof boxes with a small holes, or apertures in one end and a viewing hole on the other. Some were big enough for the artist to stand inside. What ever was placed outside the box, opposite the aperture, was projected onto an inside screen. The image from outside was inverted (upside down). The painter could then paint that image. It was really an early form of photography. There is no proof that Vermeer used the camera obscura.


​We decided to make our own basic Camera obscuras. We used shoe boxes, cardboard, tracing paper and different lenses.

Here's a link to a YouTube demonstration of how to make one:

Here is a slide show of the class making theirs and having fun experimenting with them:
​

That month we also walked to The Mermaid Art Gallery and back to see an exhibition called Blacker Than Blindness. This exhibition was by an artist who is parent in our school. His name is Michael Durand, he very kindly invited us down to show us his work and give us a talk about the creative process. Here is an example of his work in the exhibition.

​While we were there Michael also showed us his electric guitar. We had fun experimenting with the sounds it could make with a violin bow.
October 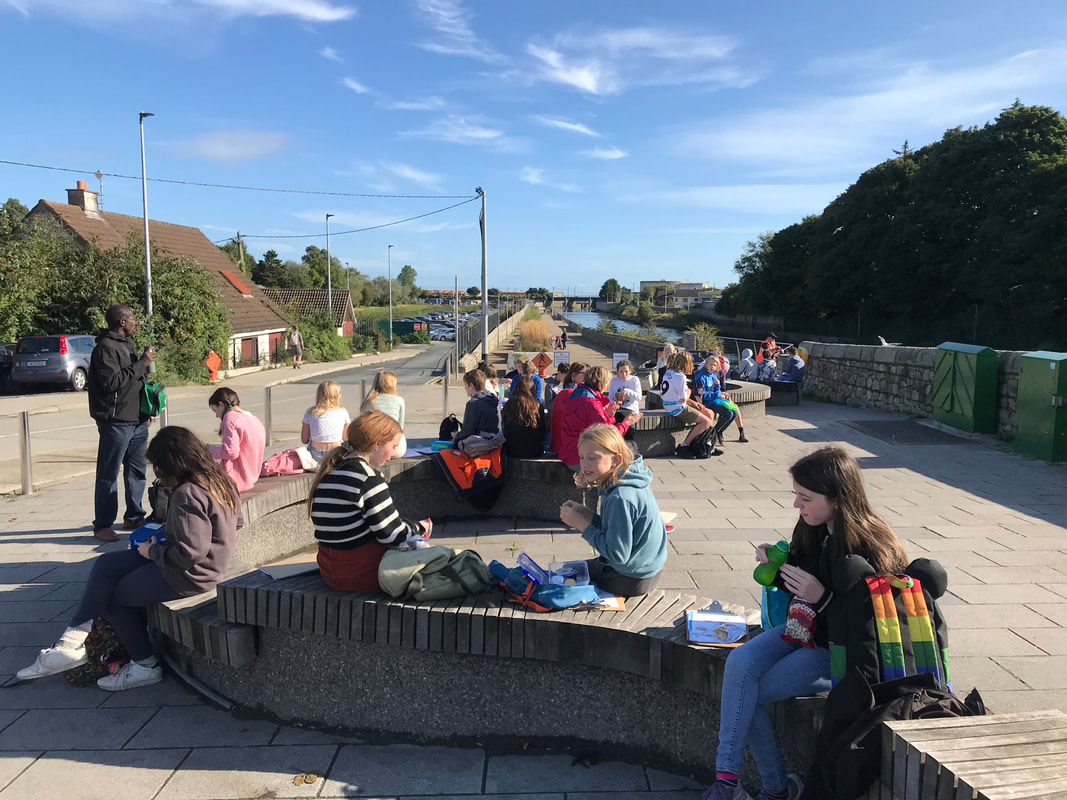 We did a historical tour of Bray with the Heritage Schools. We looked at such buildings, streets and sites as the Town Hall, The Quinnsborough Road, Bray Railway station and the Promenade on the Seafront. 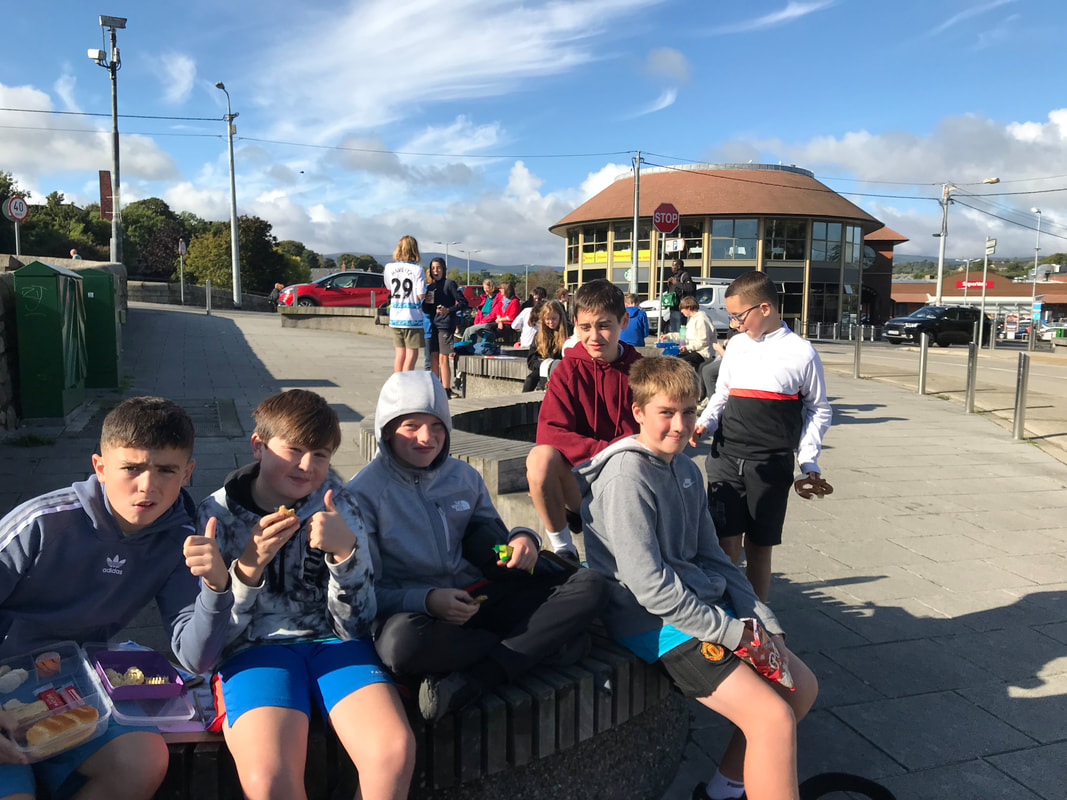 ​
Later that month we managed to successfully complete our first Fun Friday cookery/baking session. We made potato cakes using potatoes grown in our very own garden! Thanks to Mark and Silvestry for their much needed help. 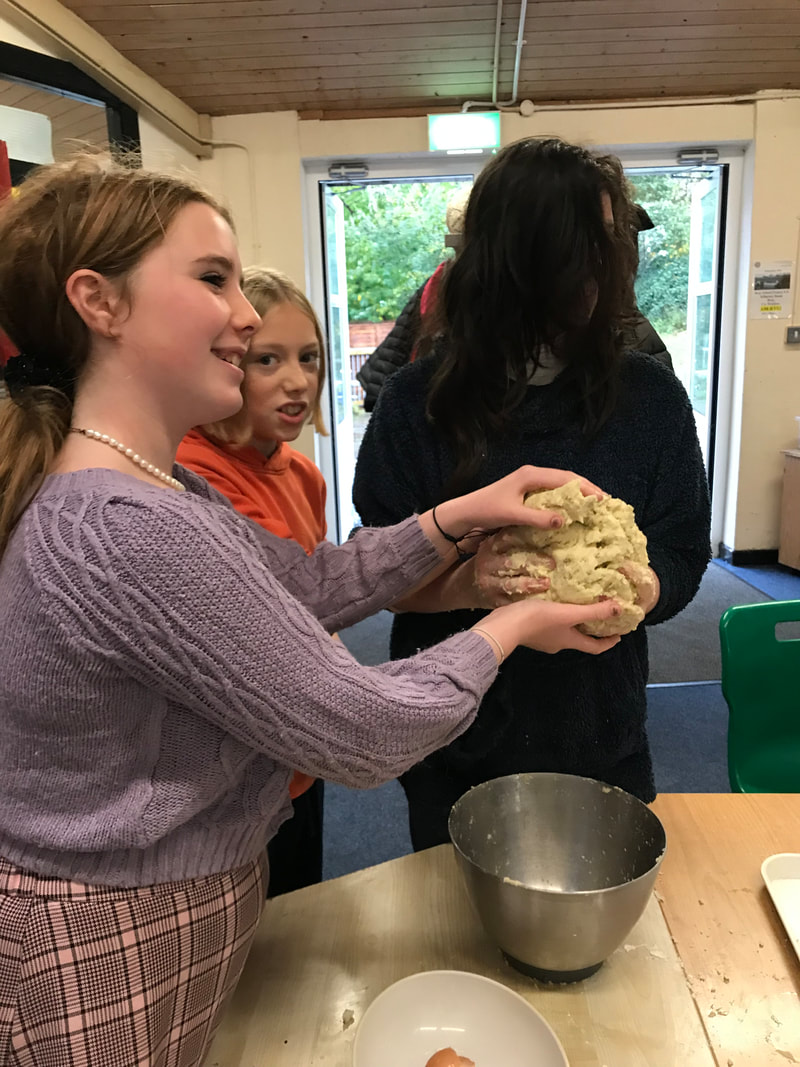 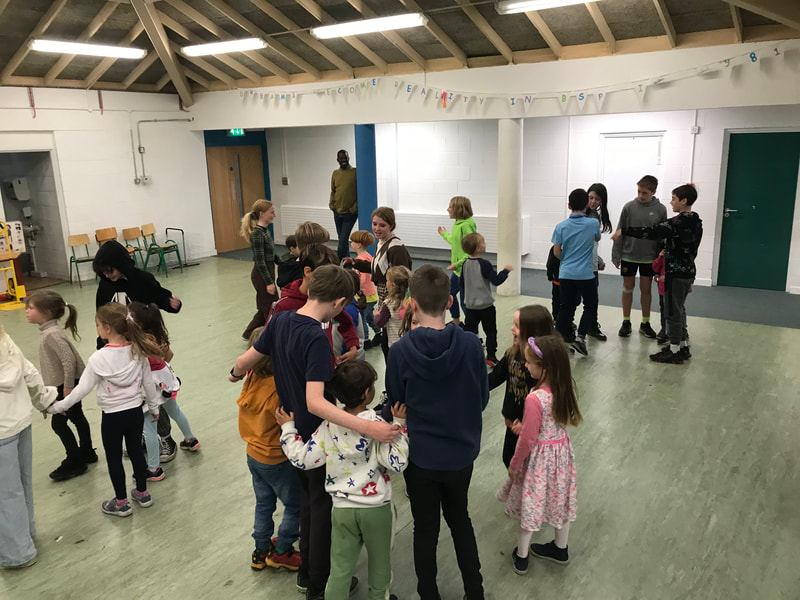 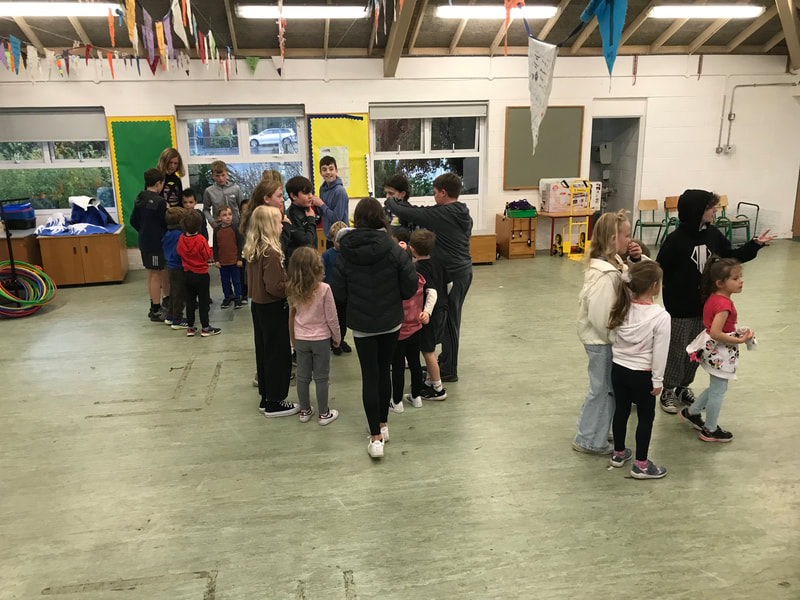 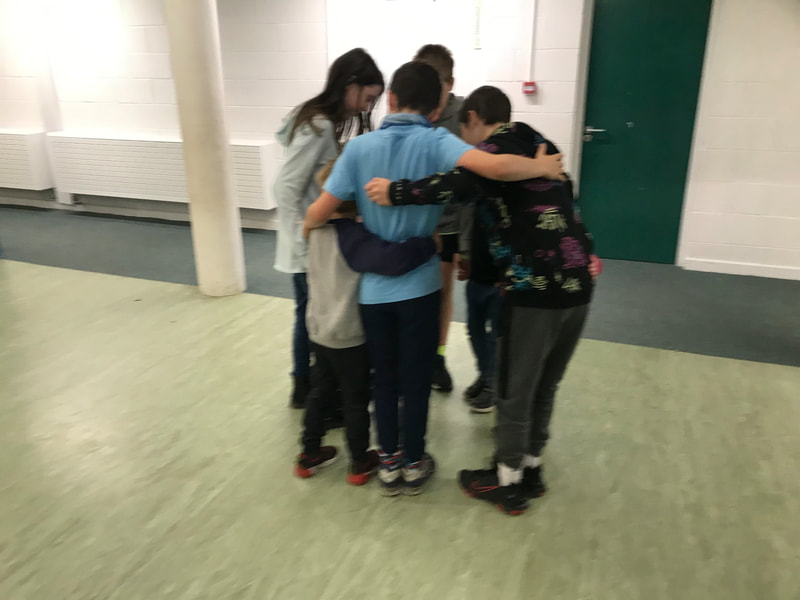 During Maths Week in October we did lots of extra Maths. Here we are with are buddies doing some PE Maths games with our buddies in senior Infants. 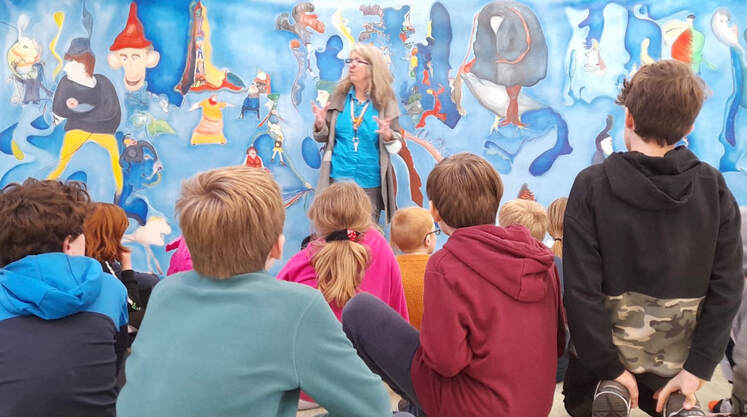 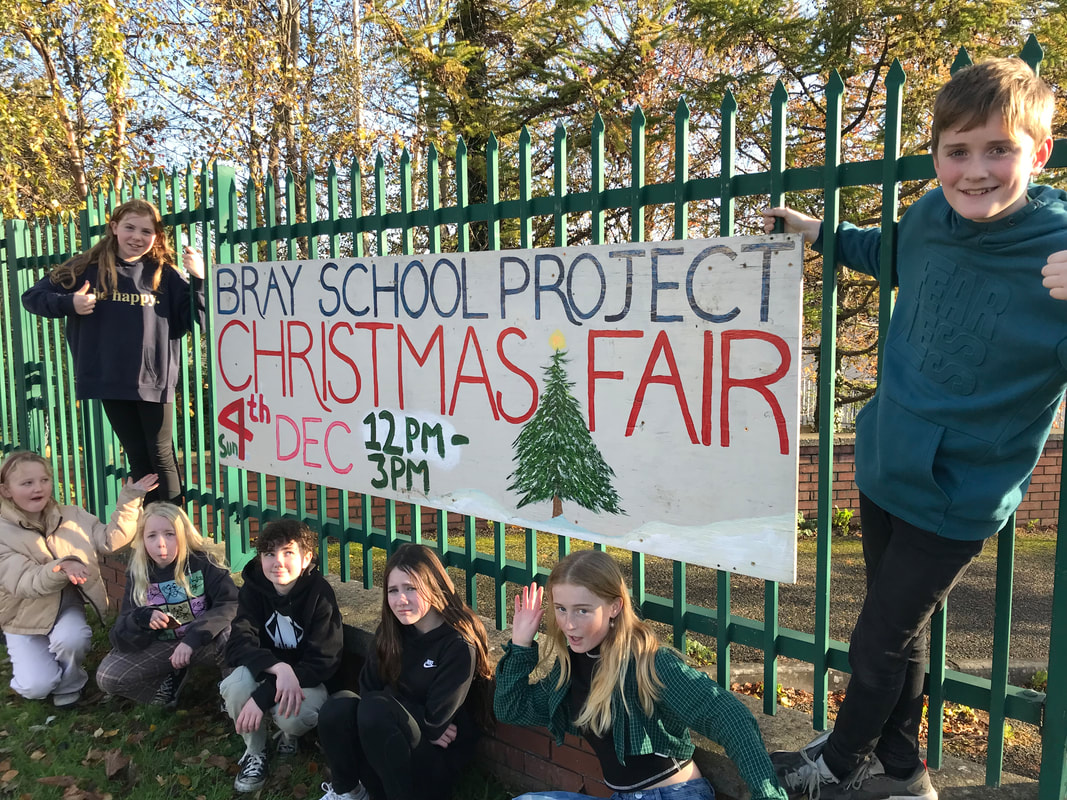 December was a very busy month. It started with the return of the Christmas Fair. It  was the first one since before Covid and was a great success. That month we also welcomed in our new principal Alan Bedford.

Some of Fifth and Sixth class took part in a basket ball blitz. This was organised by The Sports Promotion Unit. There were other local schools competing such as St. Fergal's, St, Peter's and Ravenswell NS. We won all of our games, but more importantly showed great support for each other and respect for the other teams. Everyone enjoyed the experience and represented our school brilliantly.
January
We've Kicked off the new term with a chess tournament. This was an independently organised and self managed effort on the part of the whole class. Róisín is facilitating the competition and matching up the children according to ability. So far we have completed round 1. 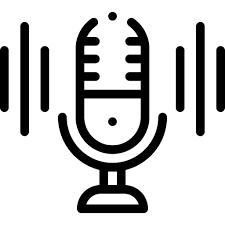 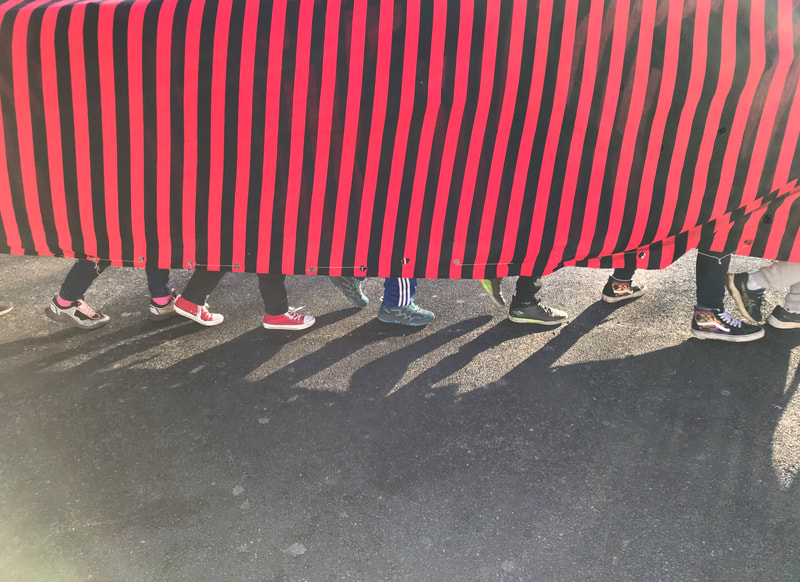 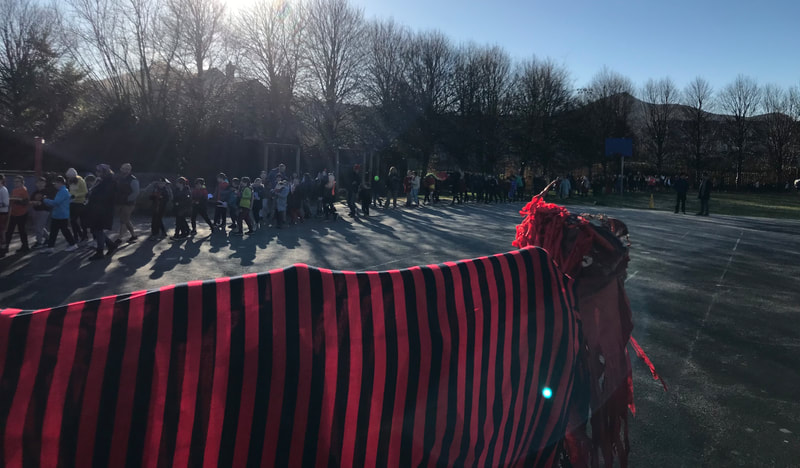 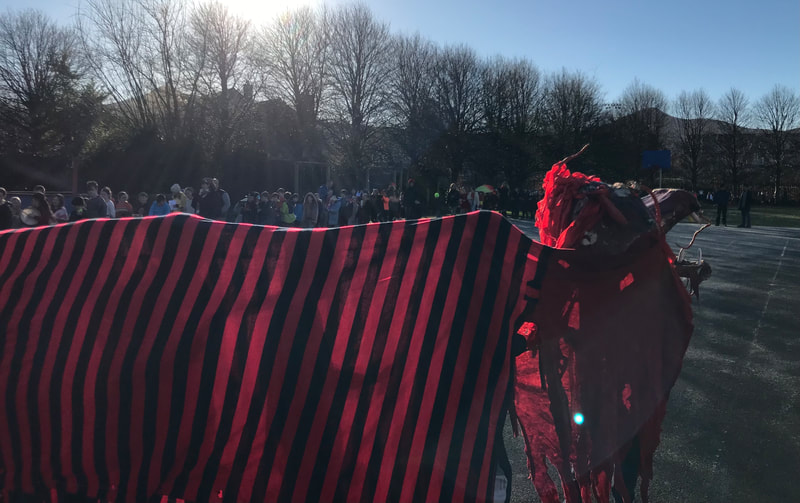 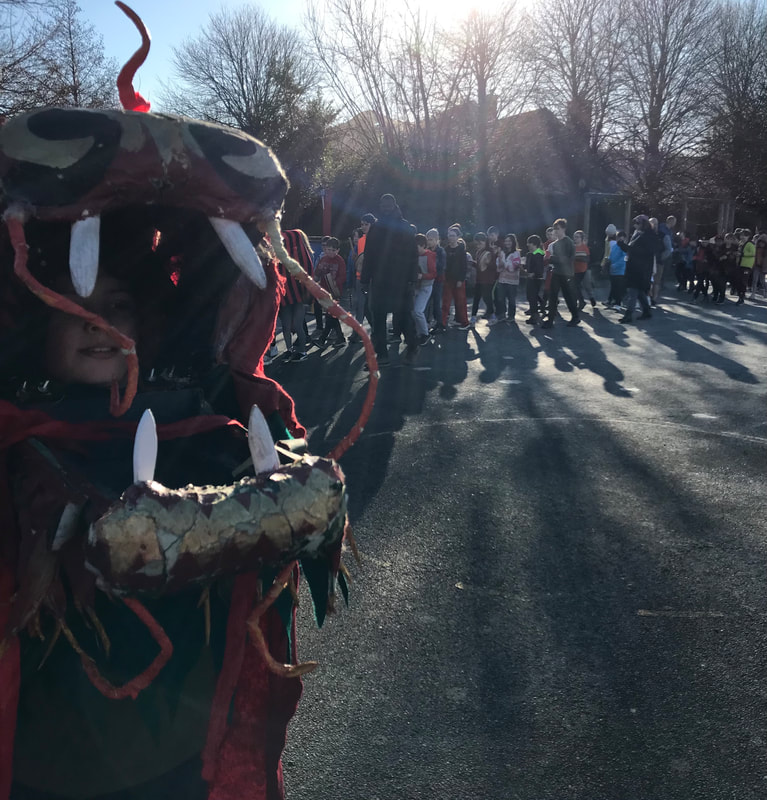 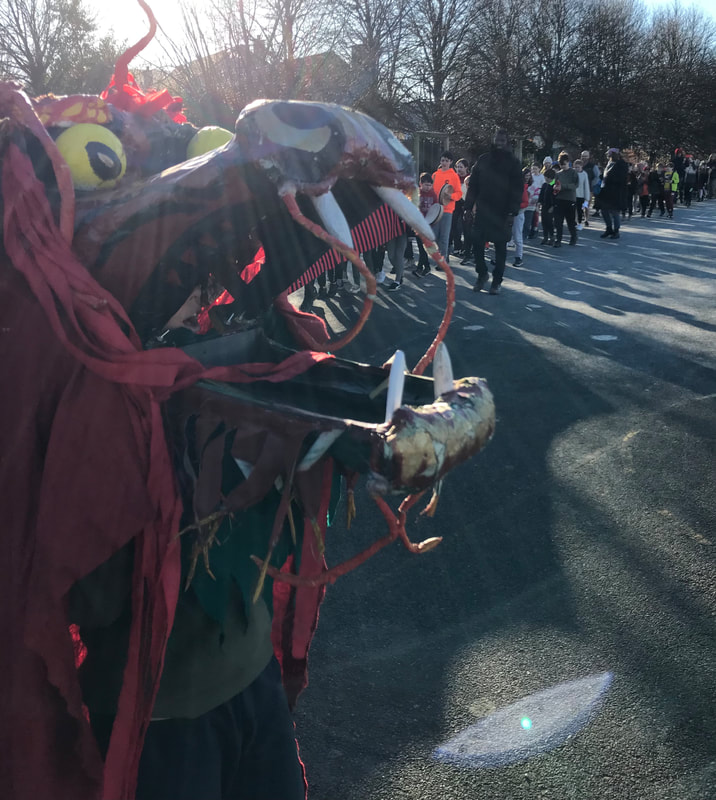 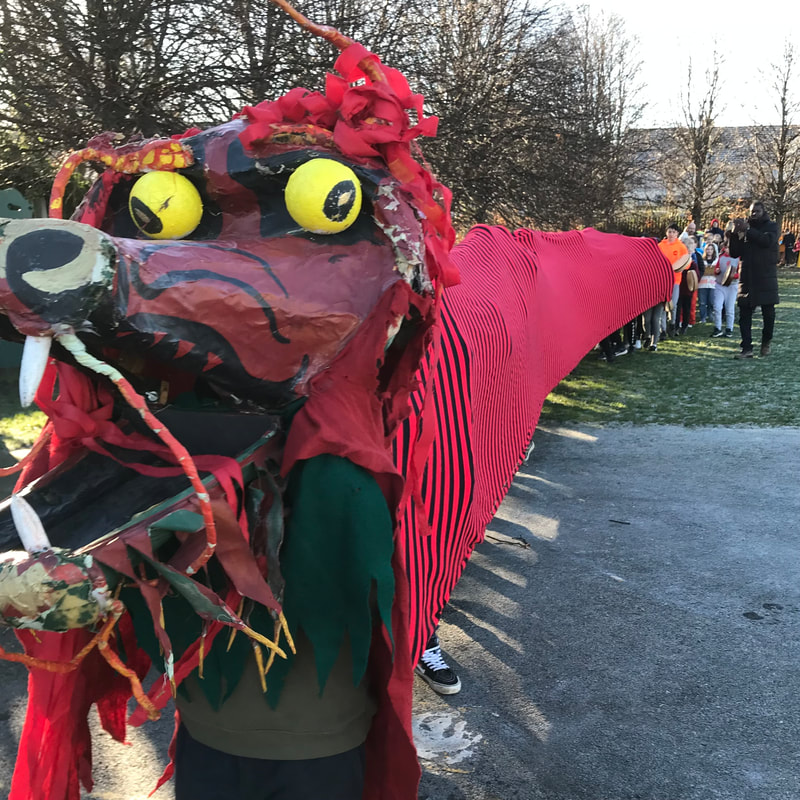 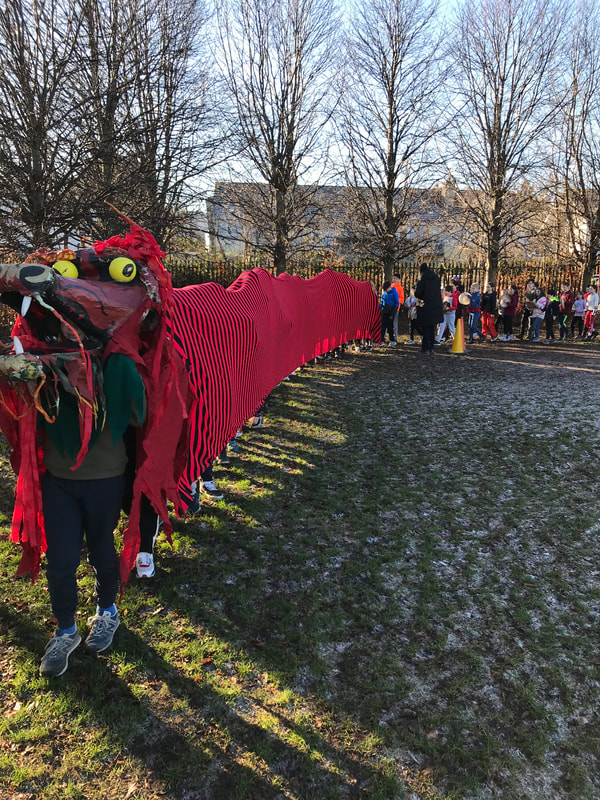 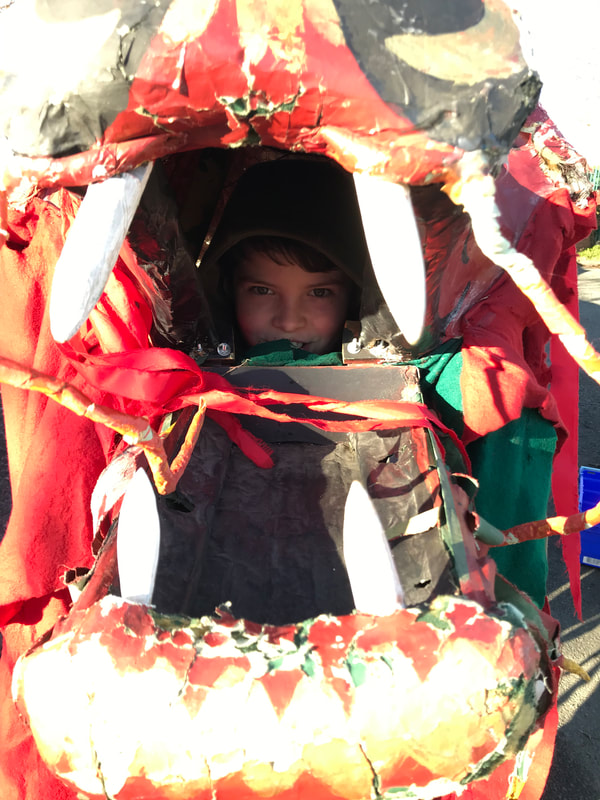 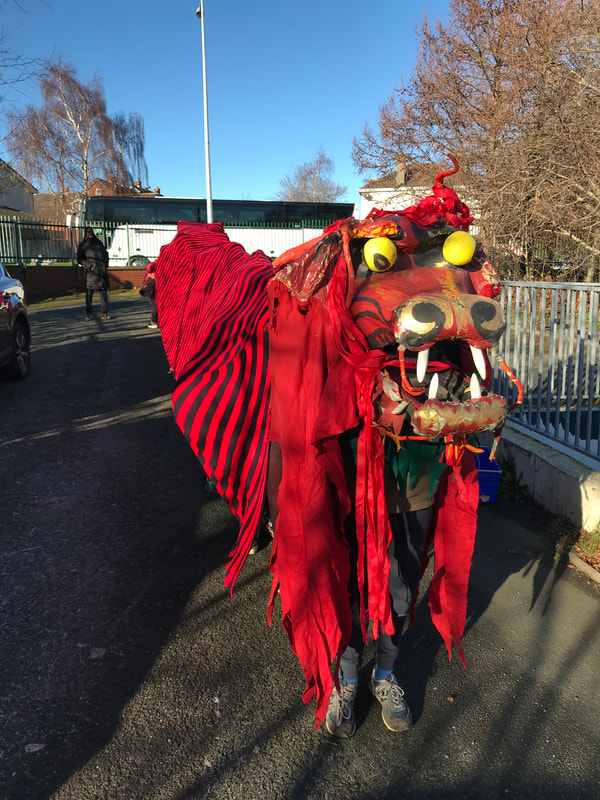 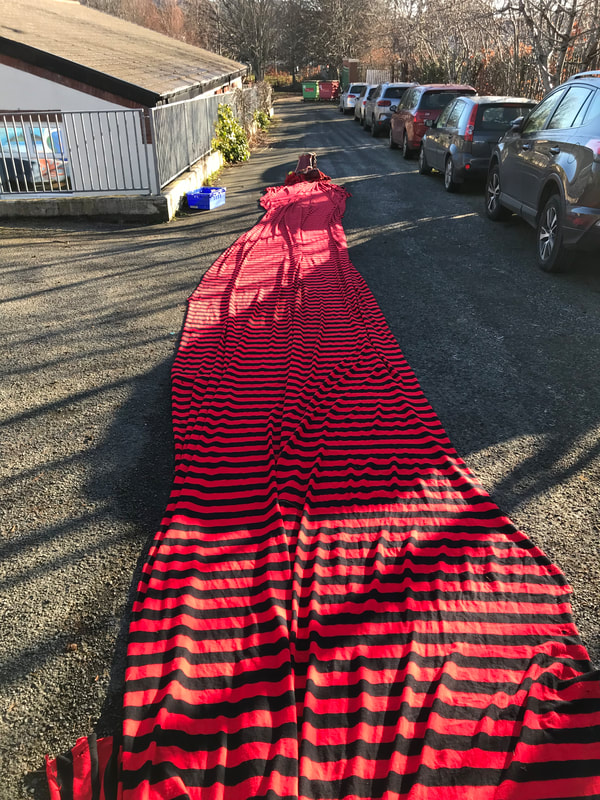 This year 6th class followed the tradition of parading the Chinese dragon around the school yard. 5th class banged drums while 6th walked under the dragon's tail. As we moved around, all the other classes joined the line of children. We had great fun. 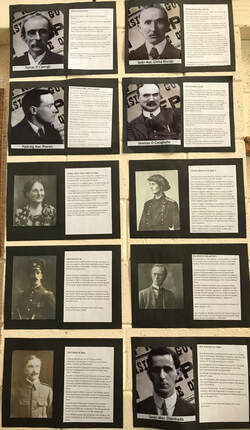 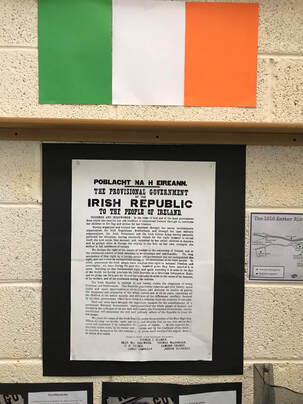 We have started to learn about the 1916 Rising. The children typed out information about the signatories of the proclamation of Ireland 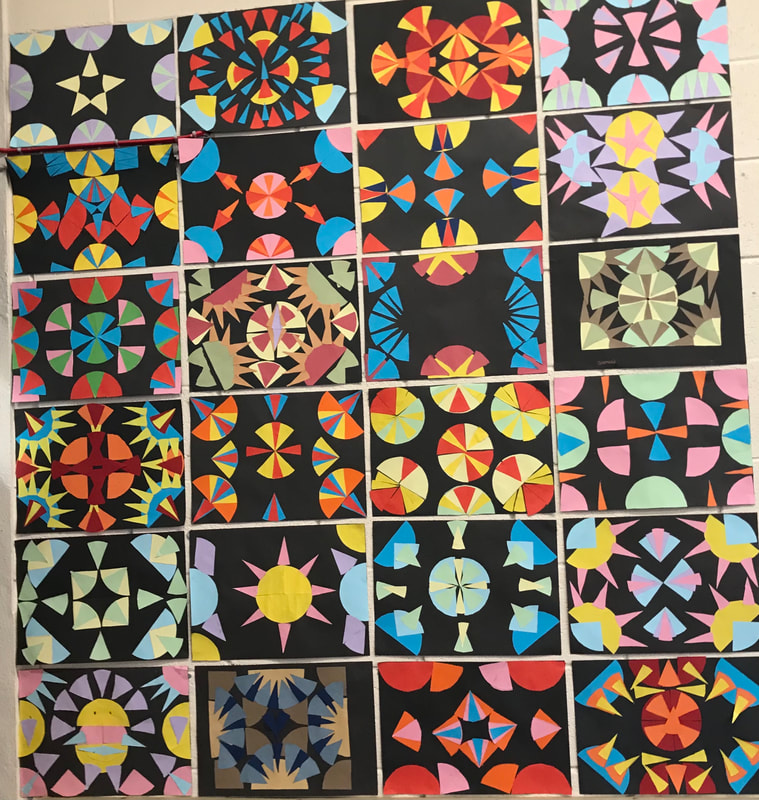